Sky Express has announced direct flights from Chios to Heraklion and return, every Thursday and Sunday, starting on 16th of July.

The timings are the same for both days of the week and are: Departure ex Heraklion at 09:50 and from Chios at 13:55 local hours.

A lot of Chios housholds are filled with citrus fruits aromas, as now is the season for oranges. People use them in cooking, pastries and also to make the famous Chios fruit preserves and marmelades. Why don't you try this recipe and fill your home with Chios fragrance? 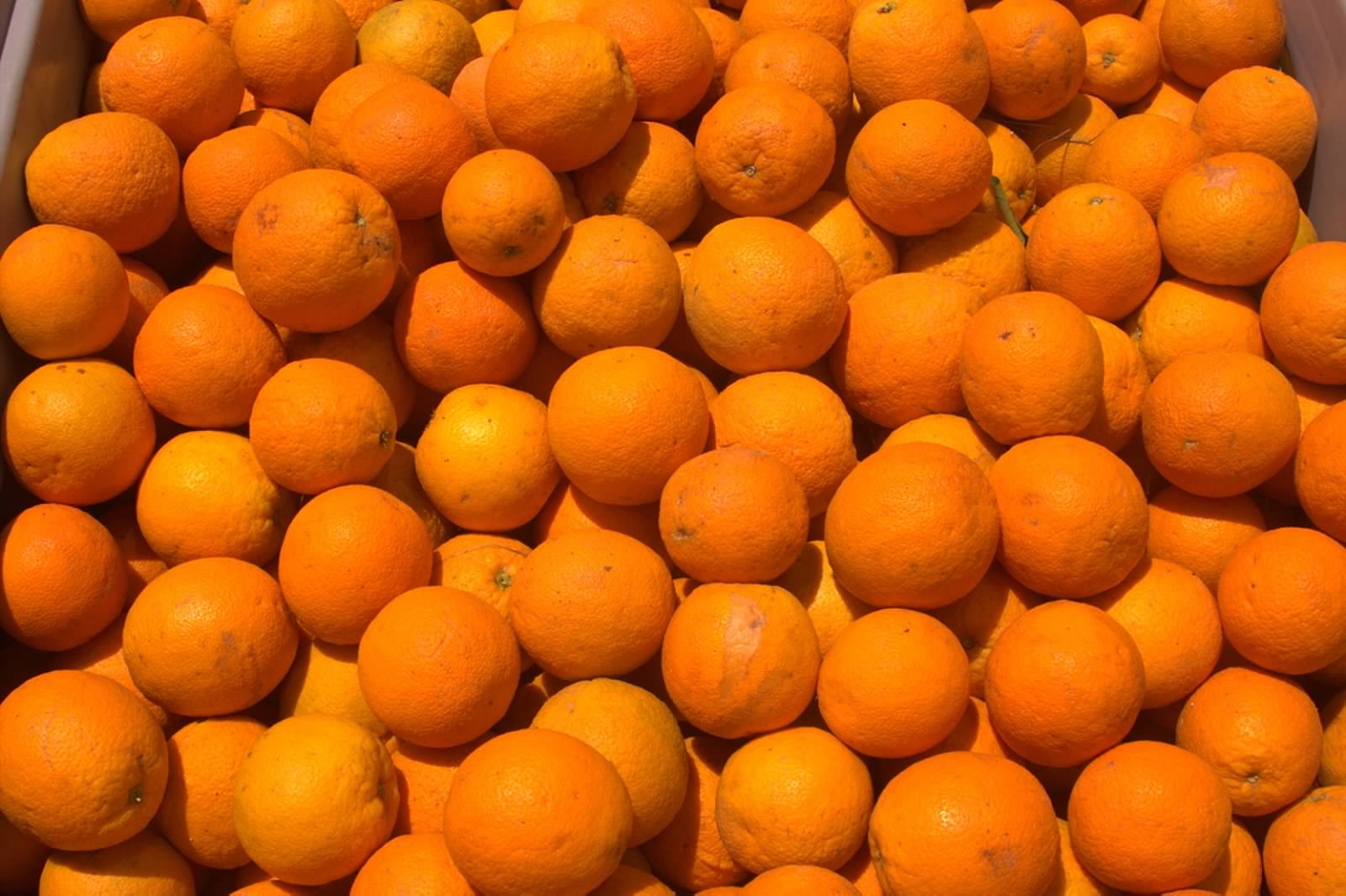 Method
1. Combine all syrup ingredients, including the two orange halves, in a small saucepan. Bring to the boil and boil vigorously for 8 minutes. Remove from heat and allow to cool whilst you make the cake.
2. Preheat the oven to 180 C / Gas 4. Lightly grease a 20x30cm (9x13 in) baking tin with olive oil.
3. Remove the filo from its packaging. Take each sheet and roughly tear into shreds, using your hands. Tear the filo directly into the baking tin, and leave to dry a little while you prepare the remaining ingredients.
4. Cut one orange in half, and slice that half into very thin half-moons to garnish the cake. Zest and juice the remaining oranges.
5. Combine the orange juice, zest, eggs, yoghurt, olive oil, 100g sugar and baking powder in a bowl, blender or food processor. Blend together on high speed for a couple of minutes, till the mixture is frothy.
6. Pour the orange and egg mixture over the filo in the baking tin. Stir together gently, right in the tin, to ensure the egg mixture is evenly distributed. Decorate the top of the cake with the thinly sliced oranges.
7. Bake for 45 minutes, or until the top is golden and the filling set. Once out of the oven, immediately pour the cooled syrup over the hot cake. Set aside for at least 1 hour, till most of the syrup has soaked in. Slice and serve! 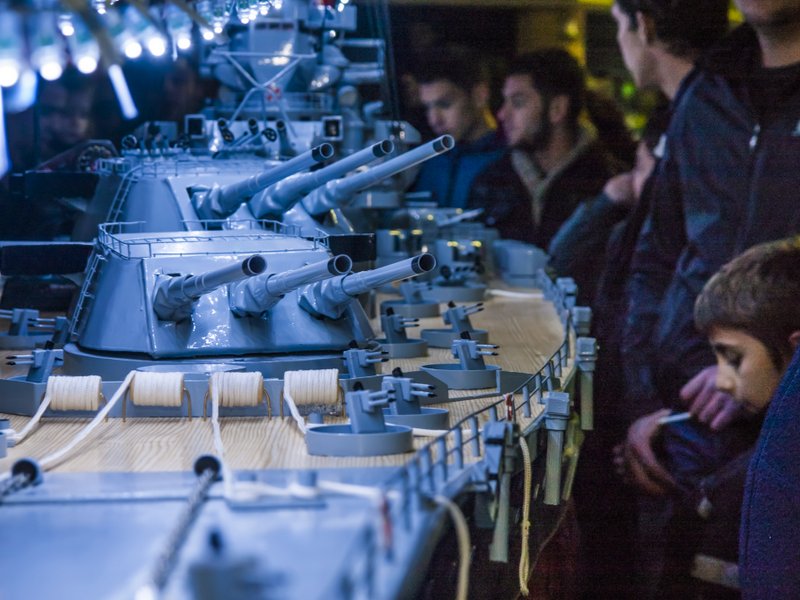 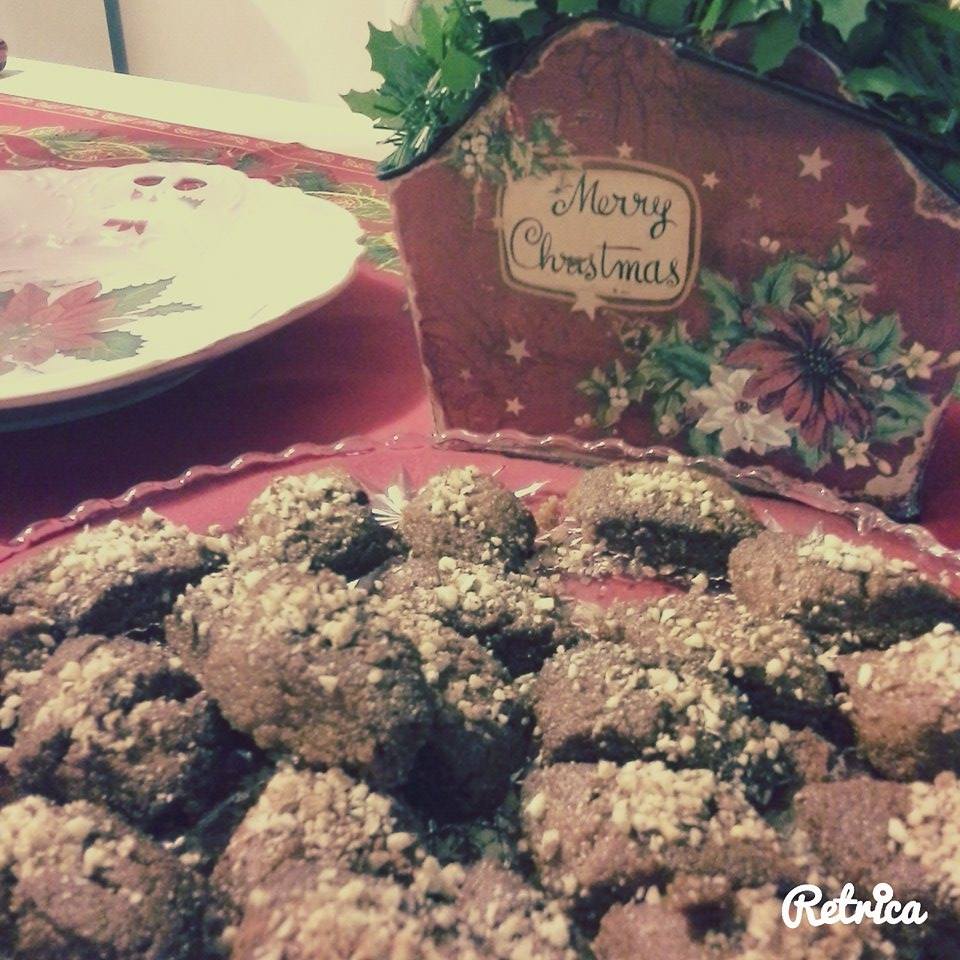 The Christmas season is the period when literally everyone is going through their grandmother's old recipes book, trying out traditional recipes for baklava and melomakarona. We tried "foinikia" a traditional Chios seasonal recipe, with olive oil, honey, semolina and almonds. Once the mix is ready and the foinikia are cut into their characteristic diamond shape, they are baked for about 45 minutes, filling your house with the aromas of cinnamon and clove.

Christmas choirs and carols at Chios 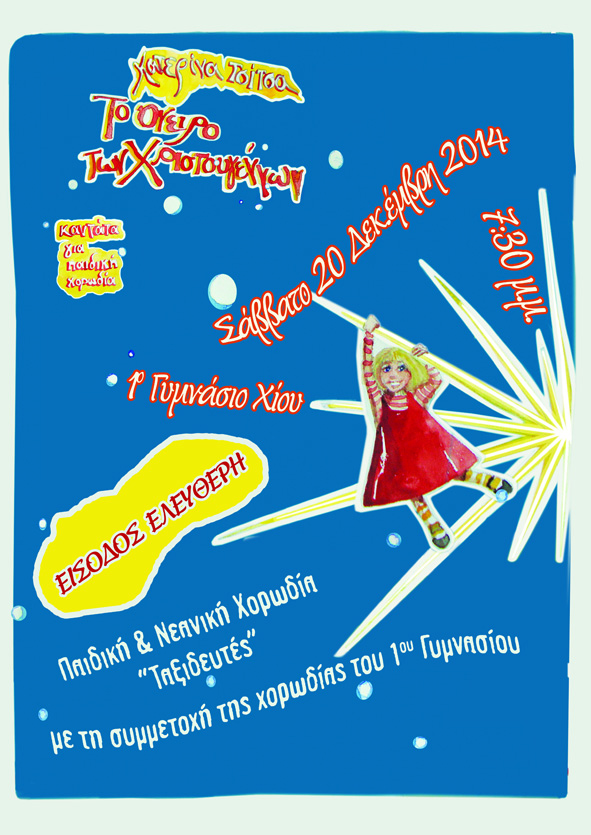 Lovers of Christmas Carols and hymns will not be diasppointed this weekend. The Chios Choir is organising the concert "Looking for Christmas" tonight at 8 in the evening at the Homerion Cultural Centre of Chios, in Polytechneiou Street in the centre of Chios. With the participation of  the Mytilene Choir, members of the Oinousses Choir and other groups, attendants will enjoy the annual Christmas concert of the Chios Choir. General entrance: 8 euros. Children: 5 euros.

On Saturday at 6 in the eveneing, in Lagada, the new Choir "Echochromata" will present carols and christmas traditions at the Community Offices of the village.

The Children's Choir "Taxideftes" present the music show "A Christmas Dream", on Saturday 20 December 2015 at 19.30, in the Hall of the 1st High School of Chios, near the Koraes Libray, in Philippou Argenti street.

Finally, on Sunday morning the Volunteers for the Castle of Chios - "A lost Paradise" organise an event for children from 3 to 12 years old. Children accompanied by their parents will have the opportunity to bake cookies and watch a Christmas film.