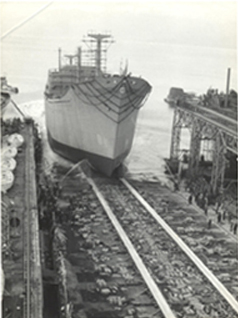 There are few accounts of the shipbuilding craft in Greece before the 18th century. Since the end of the 16th century small shipyards operated all over the Greek region. However, we do not have information on their ways of organisation and operation, the techniques and the tools the craftsmen used, the division of labour or the number of workers. The few written accounts that have survived do not give us a clear idea about the types and sizes of ships that were built. We know with certainty that the Greeks’ involvement with seafaring and trade also made them capable mariners and shipbuilders. They often travelled to the ports of the Adriatic Sea.

We also know that some insular and coastal areas were obliged to provide the ottoman navy with ships and mariners. The ottoman administration also obliged shipbuilders to move to different shipyards and work there. At the end of the 18th century the craftsman – shipbuilder (master) Stamatis Koufoudakis left Chios because he was ordered to work to a Constantinople shipyard. On his return to Greece he transformed the technique of shipbuilding. He worked in the islands of Psara, Andros and Syros and he was the first to use the method of "sala" in the design of boats.

The location, the time, the kind and the number of craftsmen that should be sent from every area had to send was determined by decisions of the administration. In Chios, the local government (called Dimogerontia) was responsible for collecting and sending this type of taxation. The Dimogerontia had jurisdiction only in the central and northern part of the island, not in the south mastic-producing region.

Representatives from the four neighbourhoods of the town were elected every year as members of the Dimogerontia.

In order to cover the needs of the shipyards, the Ottoman administration did not only order craftsmen to work, but also hired waged labourers. These craftsmen and workers lived altogether in very bad conditions. They worked long hours and with poor renumeration. Several regions of Chios were export regions of craftsmen in the great cities of the Ottoman Empire.

During the 18th century, and especially after the Treaty of Küçük Kaynarca (1774) the political and economic context in the Aegean was positive for the development of the trade. This led the Greek mariners and ship owners to increase and improve their fleets, thus causing new ship building centres to be created in Aegean islands and coastal areas.

The shipbuilding craftsmanship of Chios has produced some of the greatest and most beautiful boats in Europe. A group of master shipbuilders, such as Demetrios Rapitis, Christos Skaramagas and Ioannis Maris, developed their craft in the late 18th and early 19th century. They learned their craft from Stamatis Koufoudakis from Chios, who had worked in a Constantinople shipyard at the end of the 18th century.

Master Stamatis' son, Yiannis, continued his father’s shipbuilding craft in Andros, whereas his grandson Stamatis later became a shipbuilder in the Syros’ shipyard. He created the boat (karavoskaro) named after Syros, which was an official participation to the World Exhibition of Bordeaux in 1907. 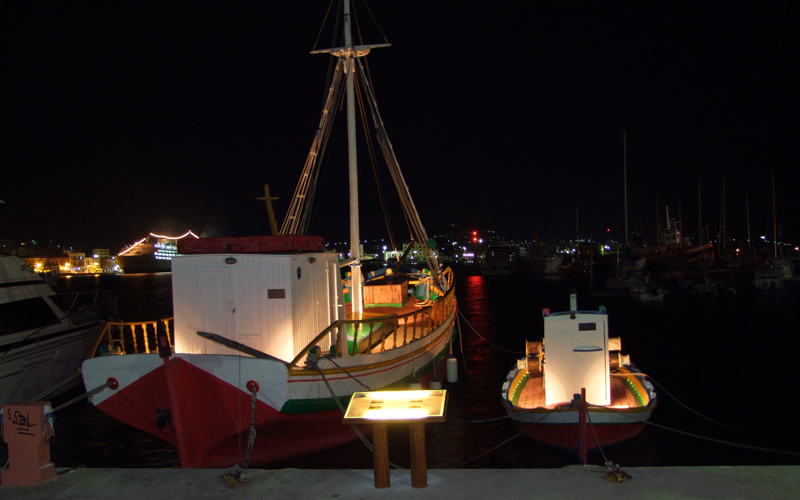 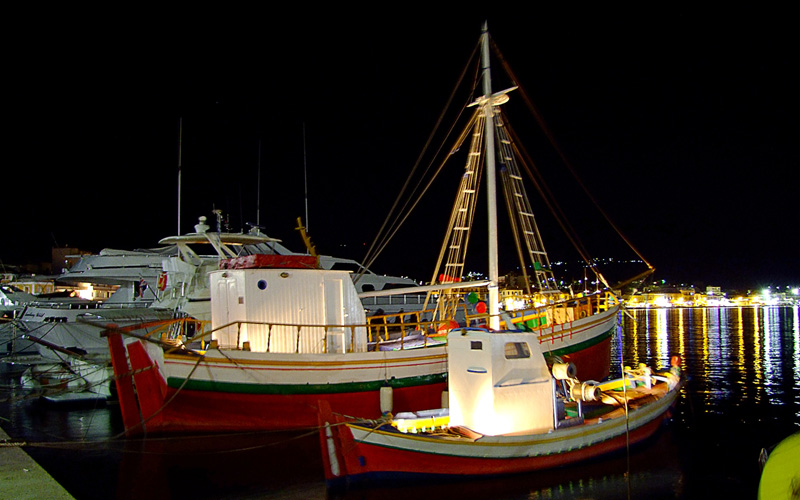 Chios natural mastic is a unique product that grows only in the south region of the island, in particular in the Villages of Mastic (Mesta, Kallimasia, Pyrgi etc.), known as “Mastichochoria”. The mastic producing tree, skinos, grows in other parts of the island too. However, it is only in the southern part, possibly because of the composition of the ground, that the mastic tree produces sufficient amounts of mastic.

The production of mastic has affected the economic, social and cultural history of the island. Chios mastic is used in the manufacture of various products, and also in cooking and pastries, in aromatic oils and beauty products, as well as pharmaceutical products. During the Genoese occupation of the island, the Mahona which was the trading company that governed the island, granted special privileges to the mastic producing villages of the south. It also punished severely illegal trading of mastic. The same policy was adopted by the Ottoman administration. It is said that the Sultan bought the people from Mastichochoria who were sold as slaves after the Massacre of Chios, in order to send them back to the island and continue the production of mastic.

Constantinople was one of the most important trading centres, where the merchants sent the mastic to the east and the Arabic countries. The mastic growers managed to secure an added income through mastic production. The whole family and especially the women were involved in the collection and processing of the mastic. Nowadays significant quantities of Chios mastic are exported to the eastern and western markets. The price of the mastic has risen compared to the past, despite the fact that only few mastic growers are full time farmers. The Chios Mastic Growers Association has played an important role in the development and networking of the mastic trade in recent years.

The mastic is produced in the mastic tree’s trunk. The producing capacity of the tree depends on its age. Α productive tree can give from 200 up to 500 grams of mastic. The cultivation process is very difficult because the trees are very sensitive and need to be cared for all year long. The work starts in the autumn and continues in the winter, when the mastic growers plough the field with the trees and clear it from grass and bushes. In May they start to “scratch” the tree, which means that they clean the mastic trees’ trunks and branches. The tool they use during this process is called "amnia". The mastic tree or skinos is a short plant like a bush. It is usually pruned in an umbrella shape, which helps to keep the humidity inside and not let the roots dry.

In early July, a big circle under each tree is cleared and smoothed out. This area is called "trapezi", and it is usually swept with a broom made of branches from wild aromatic herbs such us thyme and sage. The clean, swept area under the tree is then covered with white powder, taken from caves in the area. This process helps the mastic that drops from the tree to stay clean and avoid touching on leaves, stones or soil, which might destroy its clarity.

After the preparation process the mastic grower makes the first cuts on the tree’s trunk. This is a delicate process because the mastic growers have to follow the trees "vains". The mastic growers’ work bent down, because of the small height of the trees. The cuts are made every three or four days, on the same trees, for seven or eight times. The number of cuts depends on the size of the tree. This traditional technique is passed down from parents to children. The tool used for the cuts was called "kentitiri" or "timitiri".

The mastic juice is thich/viscous, like melted wax. It dries when it falls on the ground creating thus small white crystals. The best pieces are called "pita", meaning large pieaces of dried mastic. In case the mastic gets dirty, it is called "anapinada" and it is of lower quality. The cutting process stops after the 15th of August. After fifteen days, when the mastic is dry enough, the harvesting starts. After collectin the dry mastic, the cleaning process starts. The women used to work in groups, first taking out the stones and leaves and then sifting the mastic in order to clean ot from the dirt. The final stage was washing the mastic in sea water or in a tub with natural green soap.

The workers of the leather processing plants were called tanners. The leather processing plants were usually built by the sea in order to have easy access to sea water. During the first half of the 19th century, 18 tanneries employing 580 workers operated in Chios. Most of the workers were men. The few women worked in the leather dying section. The tanners’ had founded a strong union in 1918.

The unprocessed leather was imported from different countries, mostly European. There were basically two types of leather, the softer one and the drier one. Water, salt, pine tree, colours etc. were used for their processing. The leather processing was time consuming and complicated.

The tanneries faced a major crisis in the 1980s due to the fierce competition that led to their gradually closing down.