A walk around the town of Chios

The town of Chios, called “Chora” is the largest town of the island with a population of 29.000. It is the administrative, cultural, educational and commercial centre of the island, as well as its most important port.

It is built in the middle of the east coast, from where the Asia Minor coastline is visible. The town’s location indicates its close relationship with Ionia. Archaeological evidence indicates that the island has been inhabited since 6.000 B.C. The town of Chios was built by the Ionians a little before 1.000 B.C.

During its 3.000 – year history the town has been through periods of prosperity as well as decline.

Nowadays Chios is a vivid town with various economic, maritime and commercial activities. It is also the island’s cultural center, as most schools and libraries (The Koraes library among them) and the Homerion Cultural Center are situated there. Despite its transformations due to the 1822 catastrophe, the 1881 earthquake and extensive post-war rebuilding, the town has a lot of sites of architectural interest not only in the center but also in several of the neighbourhoods.

In order to avoid the traffic in town center, you can walk, leaving your car in one of the peripheral parking lots (at Farkaina and at the Nautical Club of Chios parking lots, situated in the town’s south entrance, or at Ramnis Street and “Evodos” at the town’s north entrance). 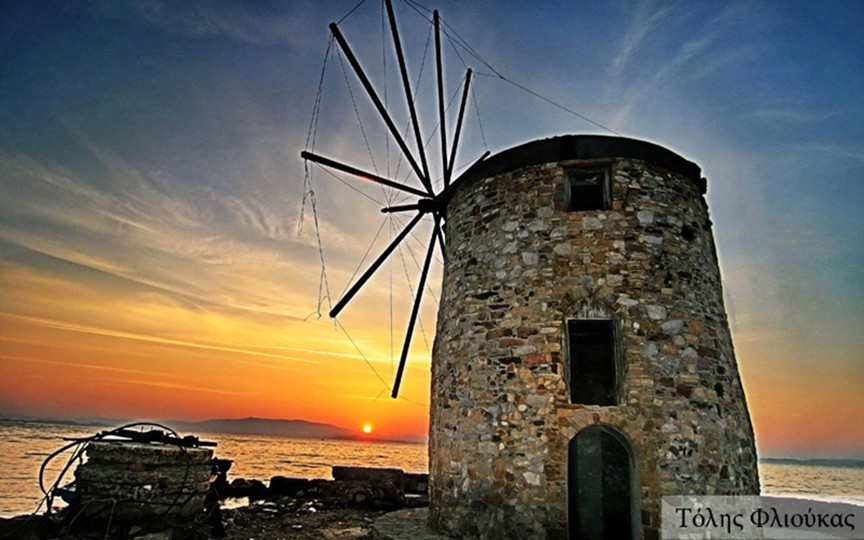 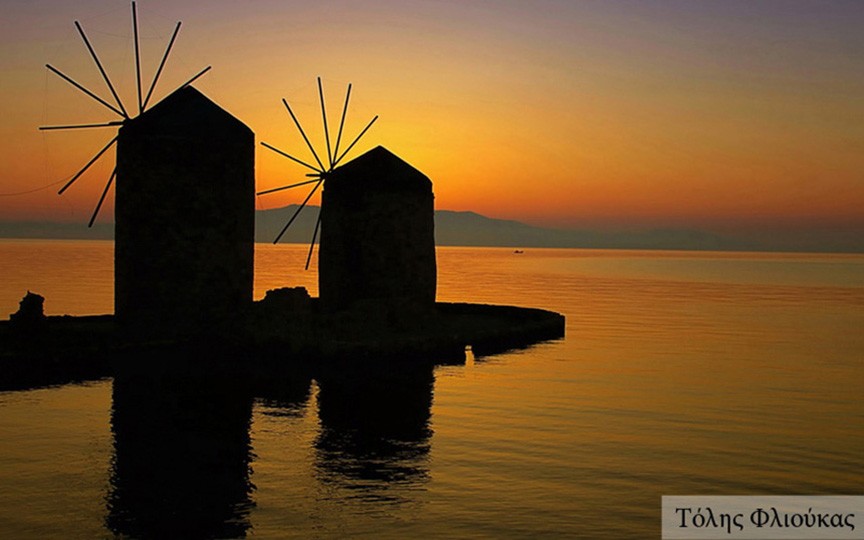 You can walk by the waterfront at the central port (called “Prokymaia”), where a lot of cafes, taverns and restaurants are clustered, making it one of the town’s most vibrant areas. 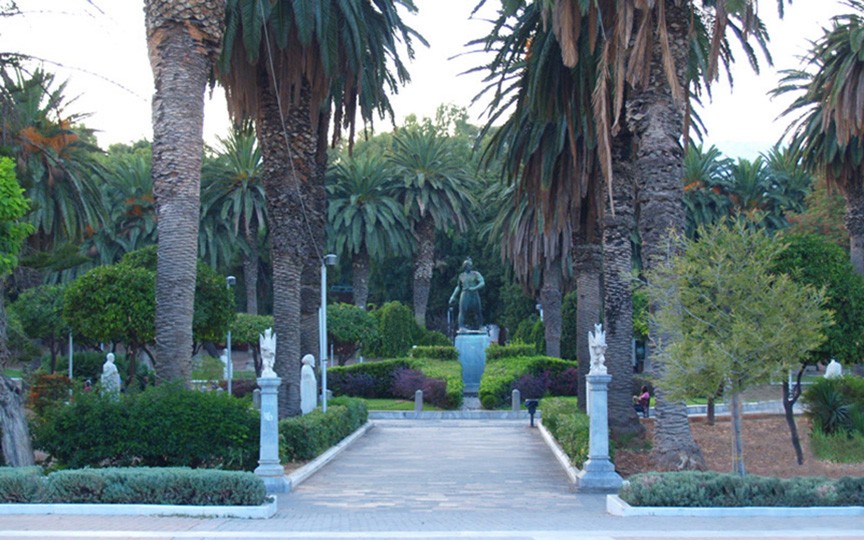 At the central square (“Plateia Vounakiou”), elements of the past and the present are mixed. The modern offices of the Regional Unit of Chios and the Town Hall are there. However, around the square, you can also see the old Ottoman mosque (Mecidiye Camii), which has been turned into the Chios Byzantine Museum, and the Municipal Park. 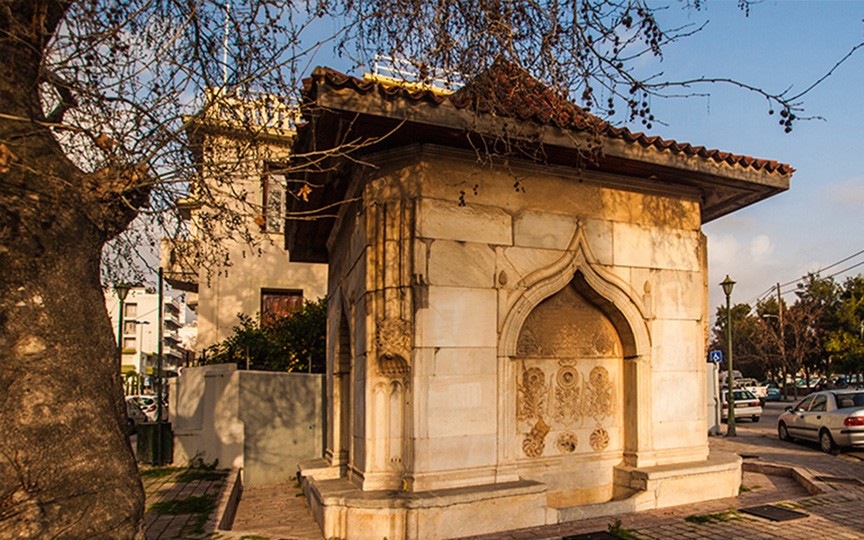 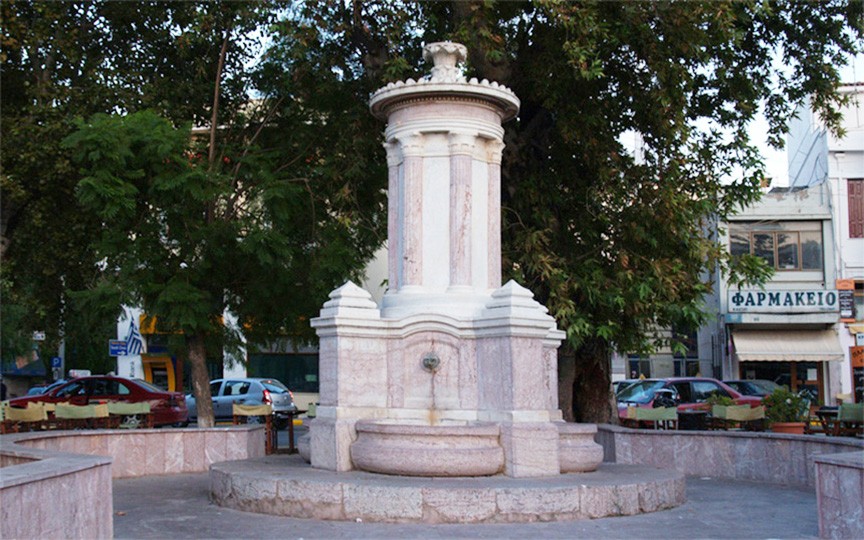 Quite a few noticeable sites dating back to the Ottoman period are found near the square. These include the Ottoman mosques, Bayrakli Camii and Osmaniye Camii and the Ottoman fountains. 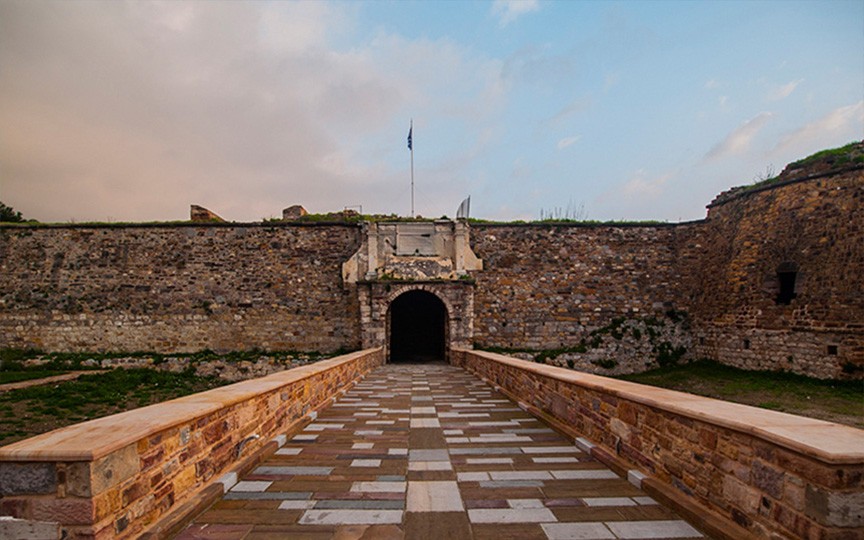 From the square, following Kennedy Street, you will find yourself in front of the medieval castle's main gate (Porta Maggiore). The Castle dates back to the 10th century. It was built in the location of the ancient town having direct connection to the port. The Castle has always been inhabited, therefore you can observe buildings from different eras, while enjoying a walk in its narrow streets.

More about the castle of Chios

On the map you will find places that we suggest you visit, enriched with their history.

In the south of the square lies the town’s main market street, Aplotaria Street, which crosses the center of the old town. In Aplotaria Street, you can see a lot of 19th and 20th century bourgeois buildings. Towards the end of the street and to the east, the Philippou Argenti Street leads to the historic High School of Chios, which was founded in 1792, the Town's Cathedral, and Koraes' Library, which has a collection of 135.000 books, and also houses the Argenti Gallery and Folklore Museum.

On the map you will find all the suggested points, along with useful information.

In the south of the town lie neighbourhoods that were created during the 20th century. The town has been expanding that way since. In this area, you can find the Archaeological Museum, the Aegean University, the Town’s stadium and the Maritime Museum.

In the town’s Perimeter lie the Kammenos Pyrgos (Burnt tower) and the Gothic Tower, dating back to the Genovese period.