With tales about fairies and elves, a contemporary interactive performance of music theatre based on speed dating and three concerts with a wide range of repertoire, from classical music and famous soundtracks, to traditional polyphonic songs but also covers from the international rock and jazz scene, the Chios Music Festival makes its comeback this summer. Three historical estates of Kampos, Karaviko, Riziko and Spyros Stephanou Estate, the Ottoman school at the Castle, the Amphitheatre of Oinousses and the Courtyard of the Archaeological Museum of Chios will welcome over 50 artists from Greece and abroad, musicians, actors, filmmakers, professionals and amateurs, who will praise in their own way, love life, love for the world, love for each other, love for the arts and music...

In all events the admission is free. 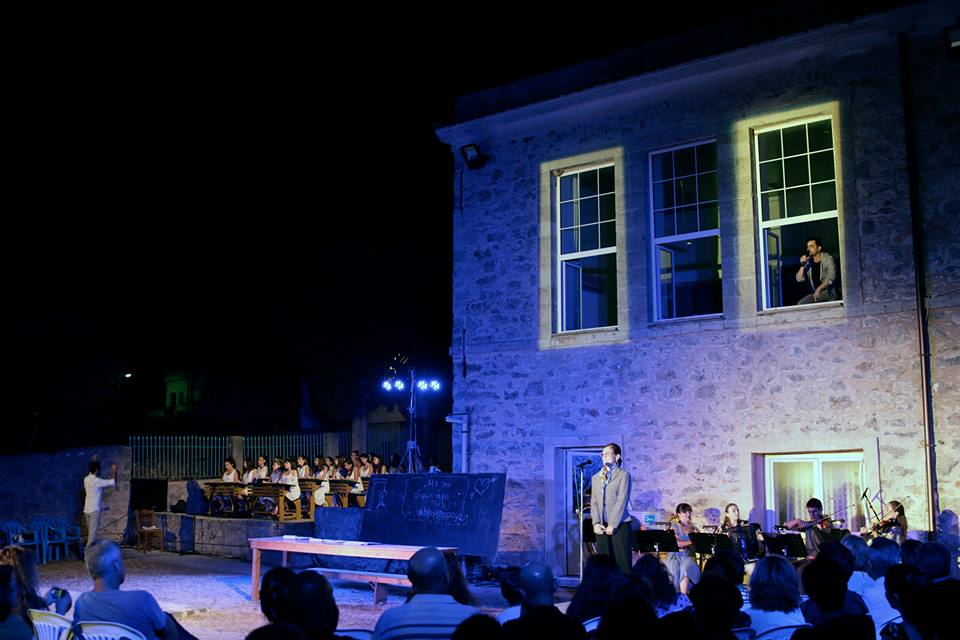 The Festival is realised in collaboration with the Allianz Cultural Foundation, with a grant by the Stavros Niarchos Foundation (SNF), in association with the Region of the North Aegean, with the kind support of the Ministry of Culture and Sports, the Homer Cultural Centre of the Municipality of Chios, the Municipality of Chios, the Embassy of the Federal Republic of Germany in Athens, the Association “Filoi Oinousson”, Blue Star Ferries, Hellenic Seaways and Aegean Airlines. 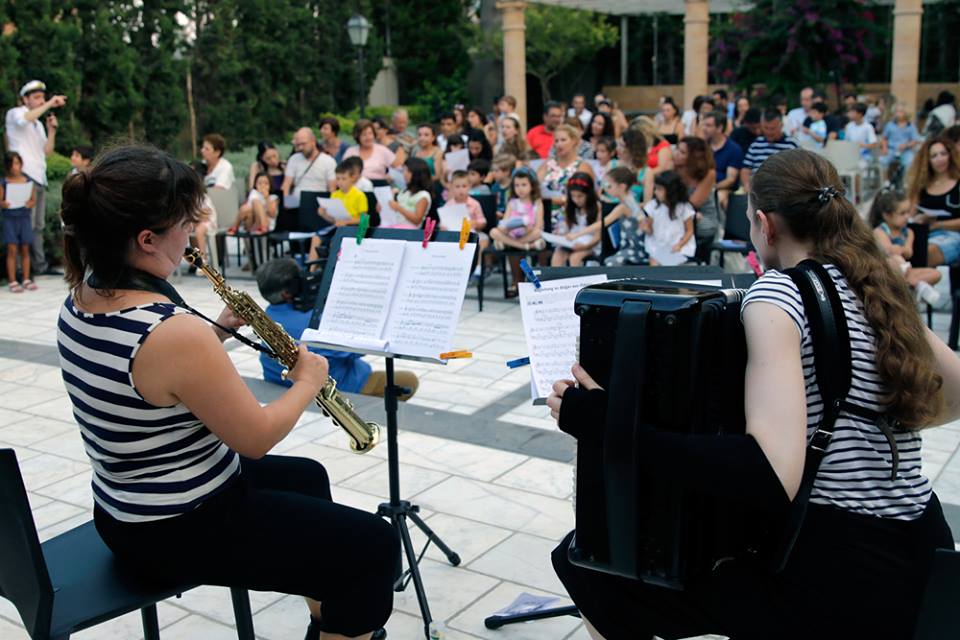 Ventus Ensemble: “Sun of a beach”

The result is a modern, interesting, fun and extremely summery “serenade”...!

With the participation of:

From classical music to pop!

Part A: Works by Alexander Glasunov, Daniel Schnyder, Nikos Skalkottas and others.

Part B: Famous soundtracks and tracks from the international electronic, jazz and rock music scene in imaginative covers.

Performed by the dissonArt ensemble

With the participation of actress Athina Alexopoulou

The internationally renowned artist Manos Tsangaris puts together a series of multiple choice questions, trying to explore the ritual of acquaintance between two strangers and the “mystery” of interpersonal relationships. Around this thematic axis, and based on the philosophy of speed dating, gradually unfolds -like the route from one “station” to the next- a show, which is in essence a new, innovative proposal for a modern music theatre, based on speech, music and the full utilisation of the surrounding area.

Due to the peculiarity of the space and the interactive nature of the performance, it is required to reserve seats.

Information, bookings at This email address is being protected from spambots. You need JavaScript enabled to view it. and at +30 6987312334

Once upon a time, a young man from Kampos fell in love with a fairy that had a magical tangerine which would immediately grow and save the crops from destruction... But what happens when the fairies mingle with the mortals? Will they manage to stay together forever?

Participating the students of the Philharmonic Orchestra of Chios, of Chios Music School and a children and teen’s theatrical troupe.

Yasemi is a vocal quartet consisting of musicians from the field of Greek traditional music. Singers and instrumentalists at the same time, they transfer their experience from the techniques of traditional instruments that they play to the voice, which they consider a multifaceted musical instrument. In their repertoire they include traditional melodies adapted for a vocal ensemble, as well as new pieces that follow the modality of Eastern music. Combining traditional melodies with modern harmony, Yasemi focuses on the vocal traditions of Greece and the Eastern Mediterranean, exploring the multiple role of voice in a rich musical tradition.

More in this category: « August 15th on Chios Island, Greece 8th Half Marathon on Chios, the island of mastiha »