Visitors can enjoy the wildflowers of Chios all year round. However, there is an impressive variety of flowers from late winter until early summer.

Autumn and winter landscapes are flooded with cyclamens, crocus, lilies and other wildflower species. At the end of winter, flowers that belong to the orchids’ series Himantoglossum robertianum appear at various sites all over the island. As the spring approaches, an impressive variety of wildflowers adds colour to the countryside creating an everchanging colour pallette.

Agricultural practices in Chios are various and non-intensive, enabling thus the creation of sites of botanical interest and variety. The variety of geology and landscape of Chios island and the climatological variations  between valleys, mountains and seasides create numerous micro-climates. At the south part of the island, flowers bloom somewhat earlier than in the north mountainsides.

Early in the season the visitor will discover different flowers at sites that are close to one another. There are different types of anemones, wild tulips (which the locals call “lalades”), poppies, bushes, sparti, irises and many other species. Aromatic herbs, such as sage and oregano are also in blossom at the time filling the air with their delicate aromas.

There are several beautiful sites at Chios where you can admire the variety of wildflowers:

Kato Fana at the south of Chios is a sandy beach, at the back of which sand hills have been formed. Orchids grow there during April and May, especially the type Orchis sancta.

Managros at the north – west of Chios is a three kilometer sand and pebble beach.Rich floar is found in its sand dunes. Spring wild flowers are found there from late March to mid April.

Pelinaio Mountain has been the focus of botanical research for many years. There are some unique species that only grow on the mountain, such as a type of dwarf cherry (Prunus prostratum) and Fritillaria pelinea. The mountainsides at 600 m. height above Viki village are full of so many different wildflowers im Arpil, reminding us of Alpine landscapes.

The Kampia ravine at the north of Chios with a length of 3,5 km is a treasure of flowers. The best time for a walk there is in May. You can enjoy the shadow from the thick vegetation, the walk by the river, oak trees and wild roses growing by its side.

The low hills in central and south Chios, near the villages of Pyrgi, Olympoi  and Mesta (Mastihohoria) are rich in a flora species called maquis. Some rare orchids can be found there.

In central and west Chios, at the villages Avgonyma and Anavatos and at the seaside village of Lithi, there are areas rich in orchids and irises, especially near asbestolithic rocks.

At the seaside rocks of Vrontados and Emporios habitats of the local species Campanula hagielia aer found. The flower is found only in eastern Aegean and western Anatolia and is in bloom in April.

The significant number of orchids that have been discovered in Chios is an example of the island’s rich flora. In 2002 and 2003 five new species were added. A lot of botanists have done research on the orchids of Chios and as a result Chios has received worldwide attention as one of the richest places of Europe in orchids. Althought the list of orchids that have been found on Chios island is impressive, there are still many to be discovered.

Orchids are a protected species that is found in a wide range of habitats, fromseaside areas to high mountains and from agricultural sites to wetlands. From the many types of orchids found in Europe, 110 species have bben found on Chios island. Some examples are: 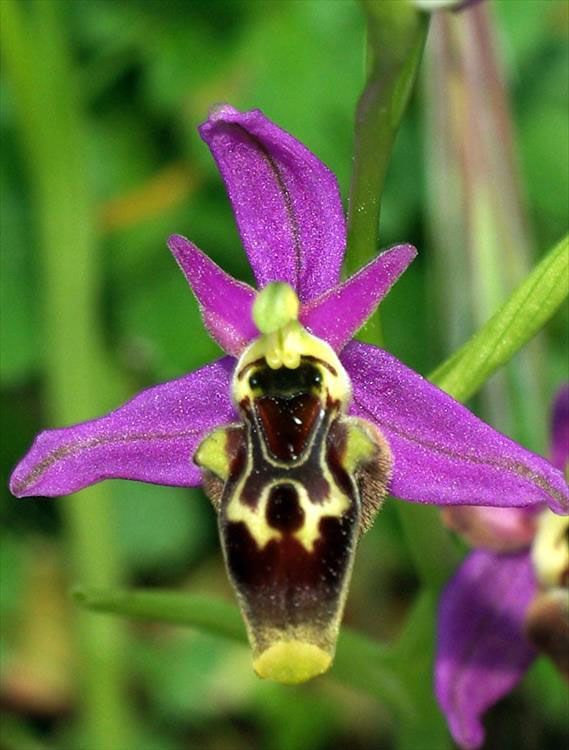 This rare orchid species was discovered in 1991 by German botanologists Hirth and Spaeth, who descibrd it and published it in 1997 as a new species from Chios. Consequently it was also found in Kos, Lesvos and Mugli area of Turkey. On Chios, it is usually found in the central and south part of the island, near Elinta, Lithi, Agioi Pateres monastery and Pyrgi in April and May. 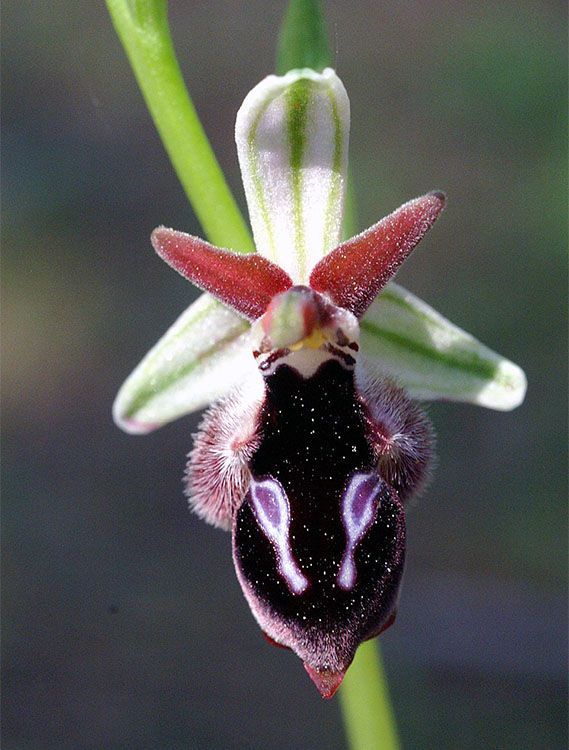 This species and the closely related Ophrys reinholdii was found in Chios in early ‘90s. They bloom in March and April. 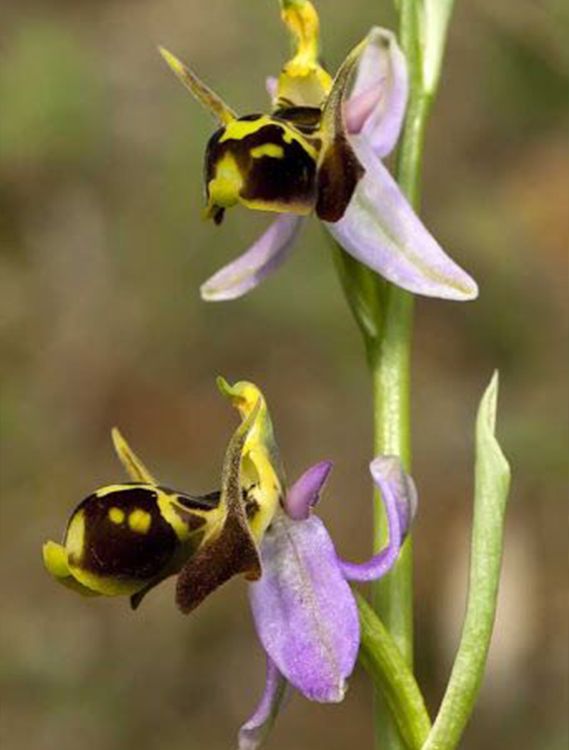 This species grows mainly in the central and north part of Chios, in May. 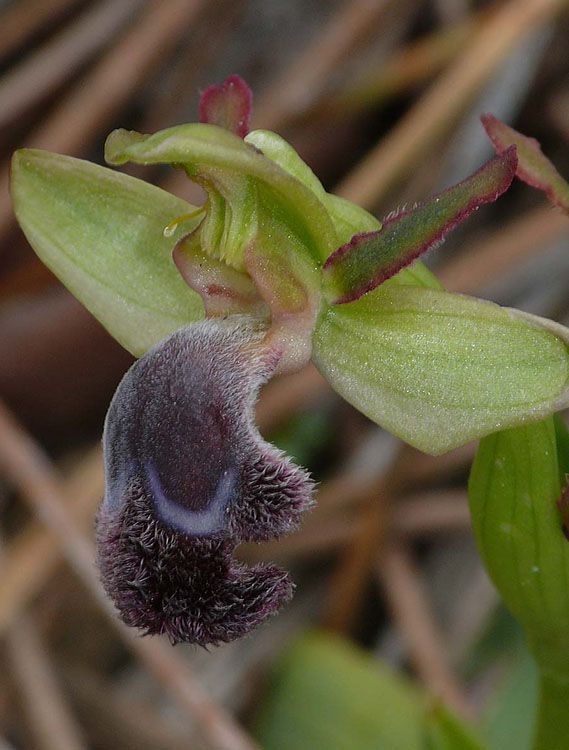 This raer species of orchid is a greek endemic flower, that has been found in various areas in Chios, such as Vrontados, Mesta, Lithi and Pelinnaio mountain. It blooms in March and April. 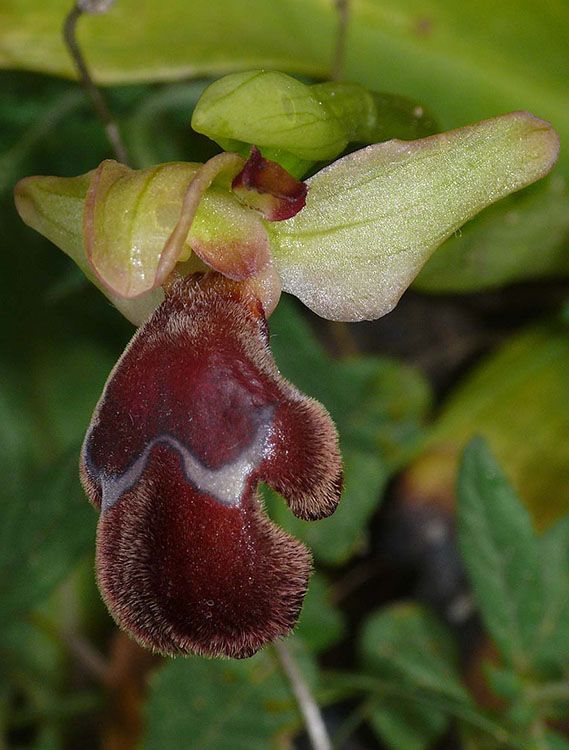 Another rare species first described in 1923 from plants found in Crete. Now it is known all over Aegean islands. On Chios you cane find it in Viki, Vrontados, Anavatos and Mesta from early March to mid April. 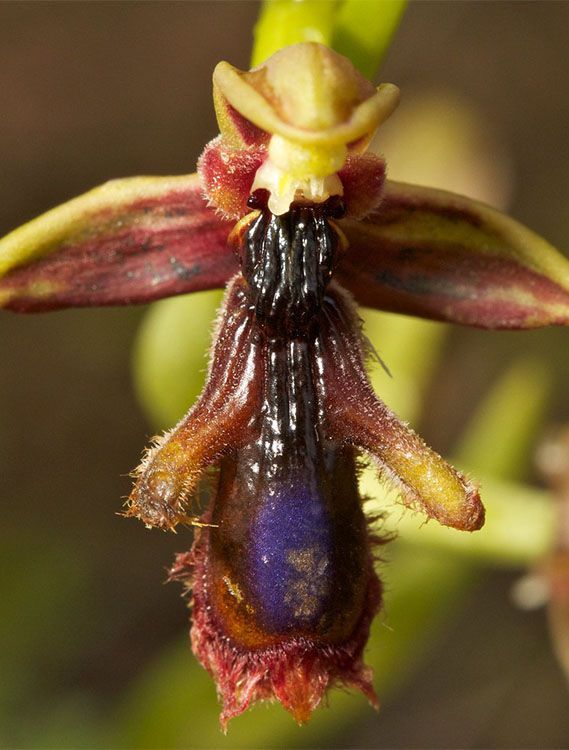 This attractive rare orchid species was discovered on Rhodes in 1939. Recently it has been found in Symi, Tilos, Samos and Chios at the south part of the island. Also, in Cesme and Kusadasi in Turkey. It blooms in March and April. 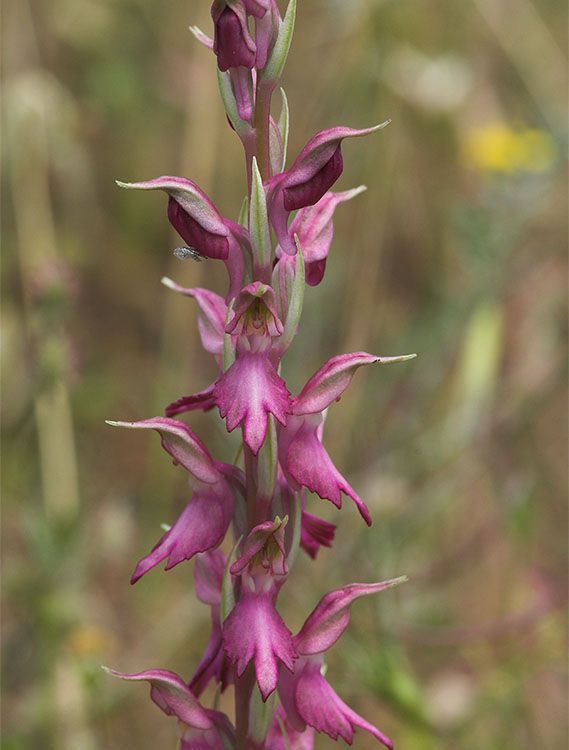 This species is usually found in lower parts of Chios. Its name was given because it the flower looks like a monk’s hood. It is considered a rare species in Greece, Turkey and all the Mediterannean coast up to Isarel. However, it is found very often on Chios, epsecially at Kato Fana beach. It blooms in May. 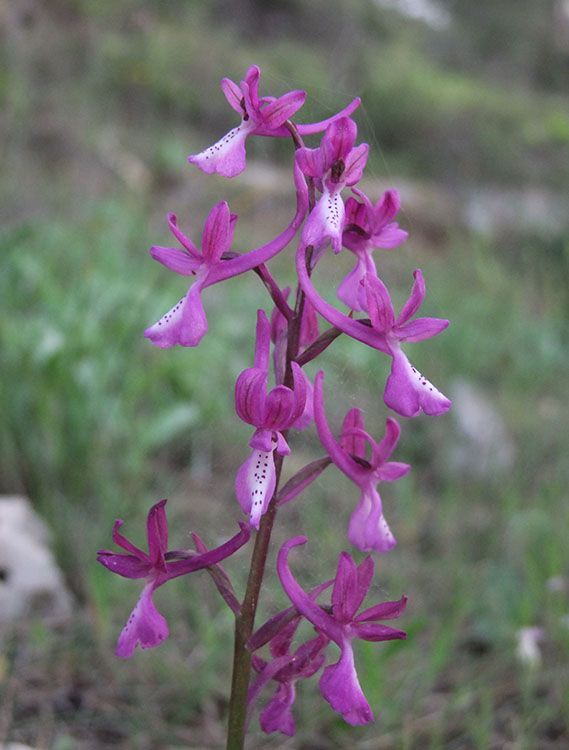 This beautiful orchid is a very common plant on Chios. It is found in other areas as well, but it is considered rare. It has a variety of colours and a lot of hybrid species. It blooms from March to May. It is also found in Cyclades and Crete and in Lebanon, Syria and Israel in the east. 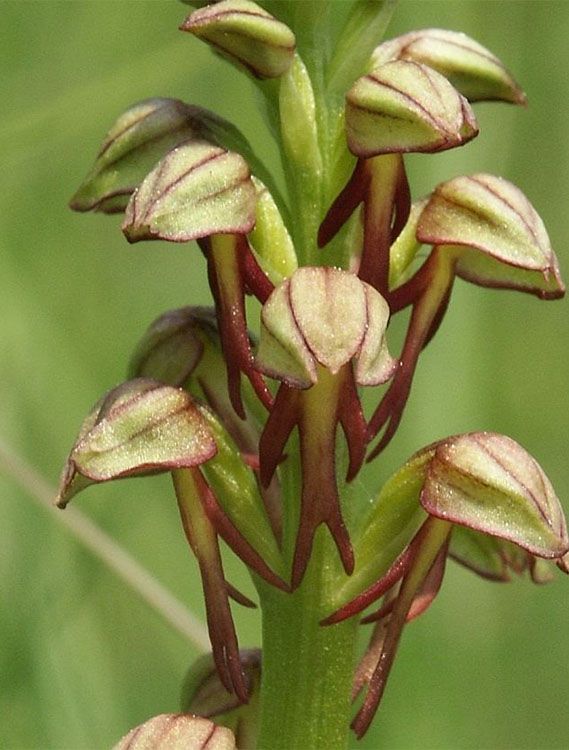 Mike Taylor, British naturalist, discovered this species on Chios in April 2002, near Olympoi village. It is generally considered a rare species in East Aegean, although it has also been found on Lesvos.