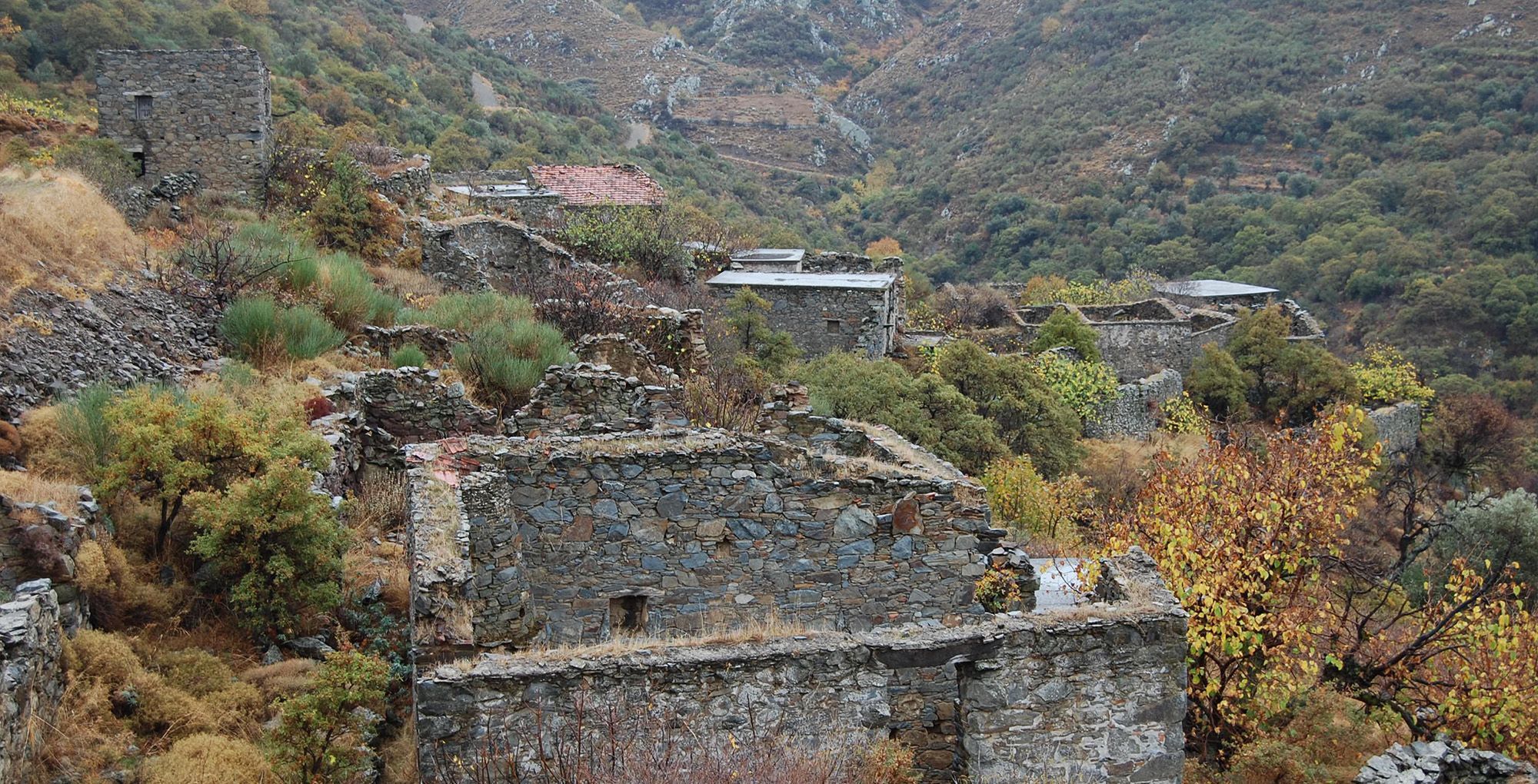 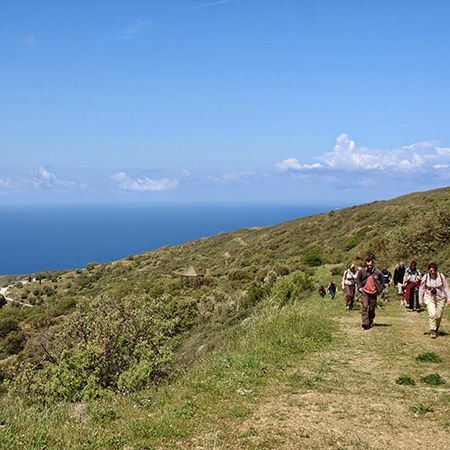 This hiking trail links the village of Agio Galas with the settlement of Agios Giannis, which has been abandoned since around 1960. It includes important monuments of the island’s cultural heritage and natural environment.
It is suggested to start out from Agios Giannis in order to to take advantage of the smooth downhill path to Agio Galas and have time to see the points of interest at the end of the trail.

The abandoned settlement of Agios Giannis is accessible by car on the passable unpaved road that begins about one and a half km. after Agio Galas on the way to Nenitouria.

At our starting point in Agios Giannis stands a huge oak tree near which there is a resting area.

Two short dead-end footpaths begin from this point, one leads to the observatory where water springs from the base of a plane-tree, and the other leads through the abandoned houses of the settlement to the Church of Agios Giannis. In order to continue, we must return to the resting area, where we take an unpaved road that intersects with a footpath.

s we continue along the footpath, we come to another unpaved road that leads to the chapel of Agios Spyridon to the left and to Agio Galas to the right. The unpaved road becomes a footpath on reaching a viewpoint with a wooden gazebo. From there we have an unimpeded view of Agio Galas, the Aegean and Psara. To our right, opposite the torrent bed, is the peculiar rock formation known as “Buddha’s Precipice.” 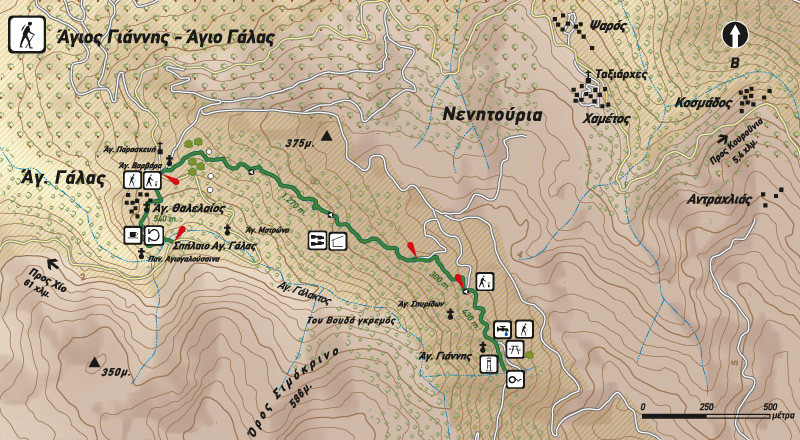