Walking on a footpath in the plain. 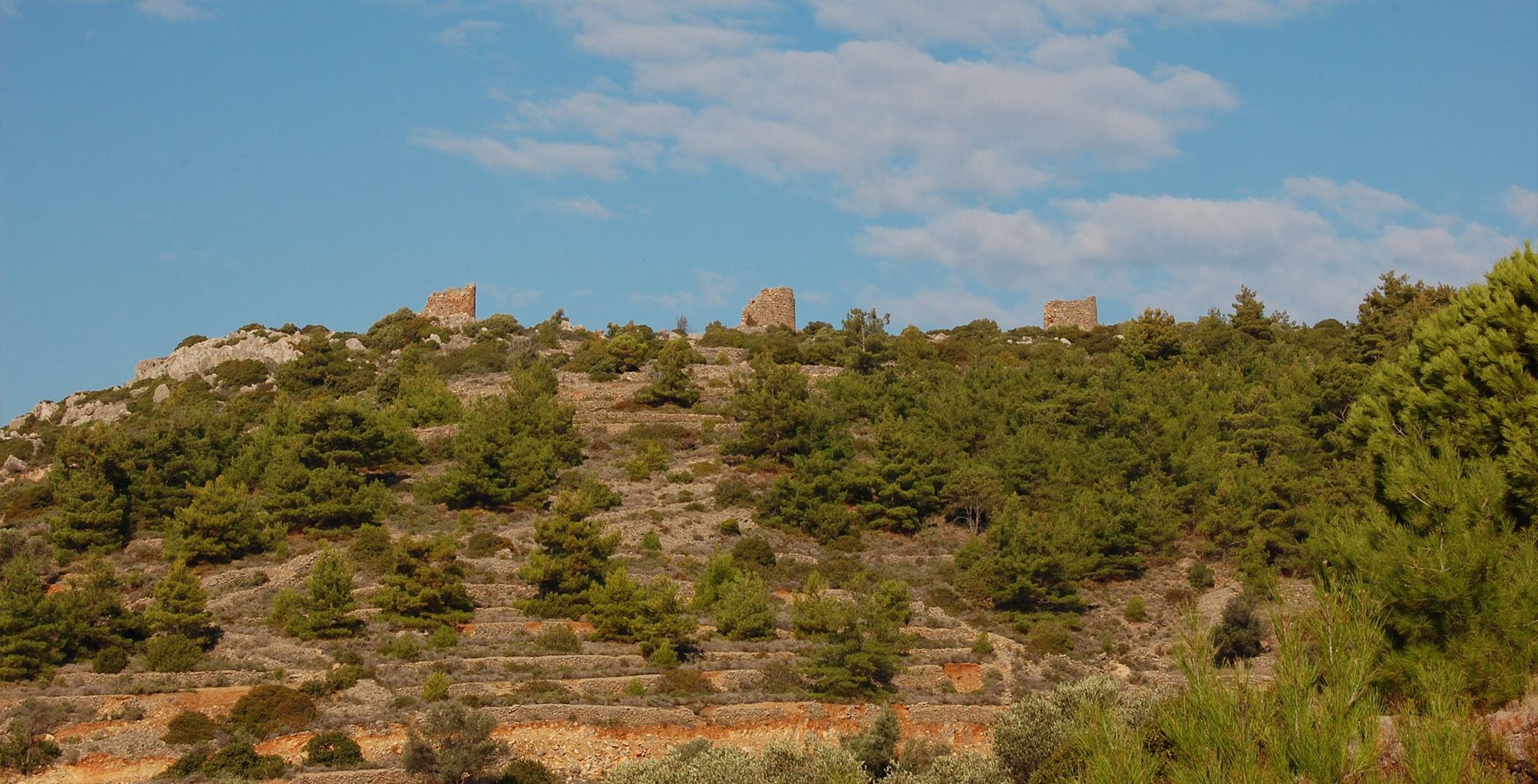 Natural environment: Groves of olive trees and mastic trees, shrubby vegetation and forest higher up, along with old step-terraced fields on the hillsides. 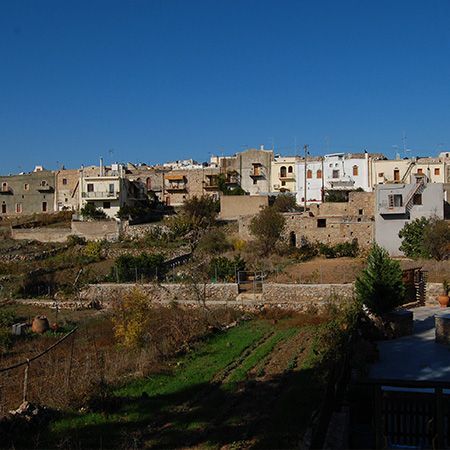 From Olympoi we follow the signs to the Anessomata locale, and cross the plain, where cultivated mastic, olive and fig trees predominate.

We climb up the slope and in a few minutes we have reached the highest point of the trail. Here we encounter the chapel of Agios Antonios, where the ground is flat and there are a number of cypress trees and a picnic and rest area with an astounding view.

The footpath continues downhill. We walk along the bank of the stream, among pines, kerm oaks, strawberry trees, oaks and mastic trees. We have a panoramic view of the village of Mesta before us, as we pass through fields with old dry stone walls that form step terraces. As we descend, we come to the old aqueduct with the stone wells and a spring. The old, well-preserved stone-paved path leads to Mesta.

Olympoi: This is a medieval village retaining strong elements from that era. The unified outer walls of the outer houses, which functioned as a defense wall, give the whole village the appearance of a fortress. Here, too, there is a central gate and a defense tower, which is half in ruins. The narrow lanes are covered by vaulted arches that connected the houses to each other.

In the village square, next to the central Church of Agios Georgios, stands the small Church of Agia Paraskevi with a carved wooden altar screen, an important example of the art of the 18th century, and also the central tower. Another important building is the Trapeza of Olympoi, a two-storey building with long, narrow halls, which has survived in very good condition from early medieval times and is still used by the villagers for social events.

The medieval fortified towns were built far from the sea in order protect them from marauding pirates. The outer sides of the houses formed an unbroken wall, turning the village into a fortress, with no openings save two or three gates, and with defense towers in the corners. At the village centre, Livadi, stood the defense tower where the inhabitants took refuge when times got tough. From the central square only a few streets began, which branched out and created a labyrinth.
The narrow lanes were roofed in vaults and connected the blocks of buildings, making it possible to also escape over the rooftops in the event of danger.
As a rule, the houses had two stores. On the ground floor were the storerooms and stables, and upstairs were the family’s quarters. Also on the upper storey was the balcony known as “pounti”, reached by a stairway, which provided ventilation for the house.

Mesta: One of the island’s most beautiful villages, Mesta is located 35 km. southwest of Chios Town. It is a medieval village listed as a protected landmark.
Its elaborate architecture has its origins in the Byzantine period and the whole village is built in the form of a five-sided fortress/castle. The fortifications were improved by the Genoese. The small buildings, built of stone one next to the other, form a strong protective wall without windows on the outside enclosure of the settlement. Small round towers strengthened the outer corners, and the streets are in many places vault covered, making it possible to escape over the rooftops to the central tower. The central Church of the Taxiarchi was built in 1868 on the site of the castle’s old round tower.
There are a good many small churches in the village, and the carved wooden altar screen in the Mikros Taxiarchis is considered to be an ornate example of Chian woodcarving.

Due to the morphology of the trail, it is not possible to use any other means, such as mountain bike, since there are steps or abrupt turns in the path.
Alternatively we can begin our itinerary from Mesta. A small side trip worth taking would be to the Mesta windmills. 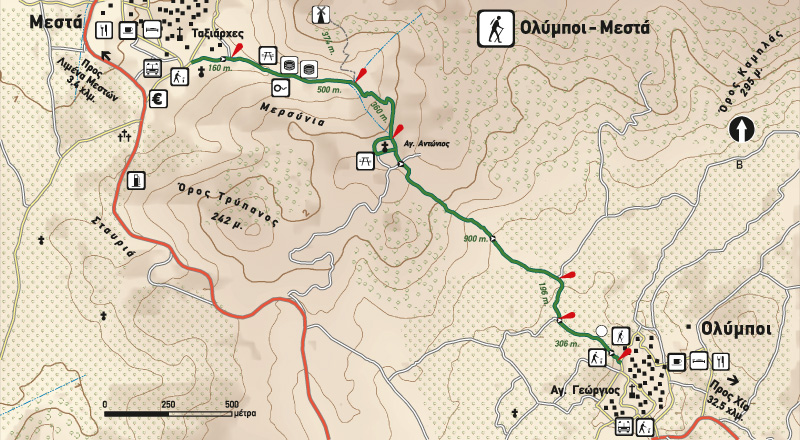