One of the most beautiful villages of the island and at a 35 – kilometer-distance from the town, Mesta is a medieval village, which has been preserved as a monument.

Its elaborate architecture dates back to the Byzanine period. The village is built like a castle.

The houses were built one right next to the other, thereby creating a protective wall surrounding the village.

The openhearted and kind people of Mesta still preserve the traditions of the 14th century village. The village’s most important custom takes place during the carnival festivities where the “Agas” trials, a satirical replica of the trials that used to take place under the Turkish Occupation, are presented. This event also takes place to other villages, such as Olympoi and Lithi.

The village is well known for its unique wine “Mestousiko” that is one of the best wines of Chios and “souma”, a drink that is produced by the distillation of figs and grapes. It is a drink for robust drinkers, but pure and with particular flavor.

Try the wine of Mesta, and especially the suma.

Suma is another drink made in the area. It is produced by distilling figs and grapes and is a drink for strong drinkers, but pure and with a special taste. 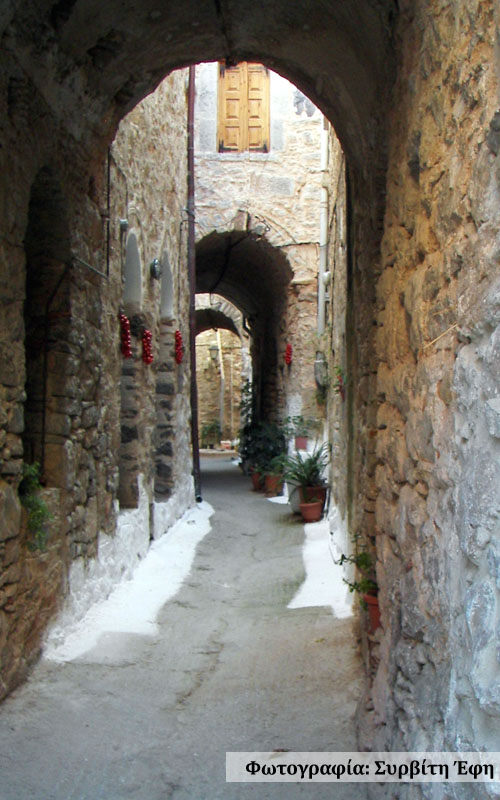 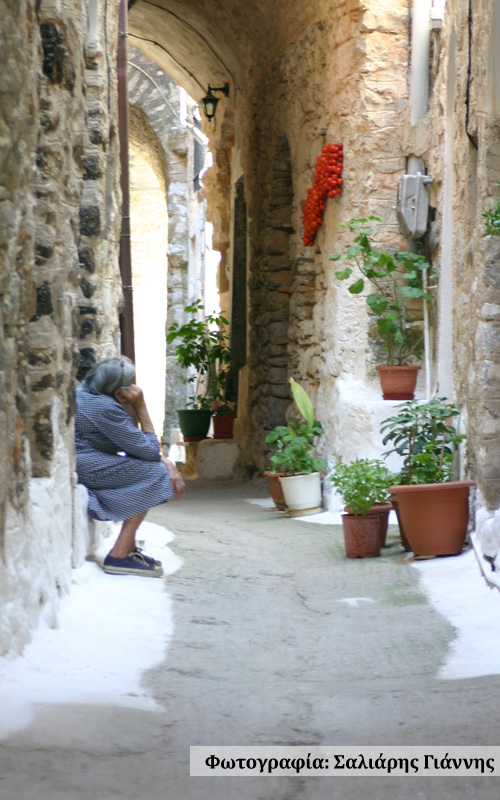 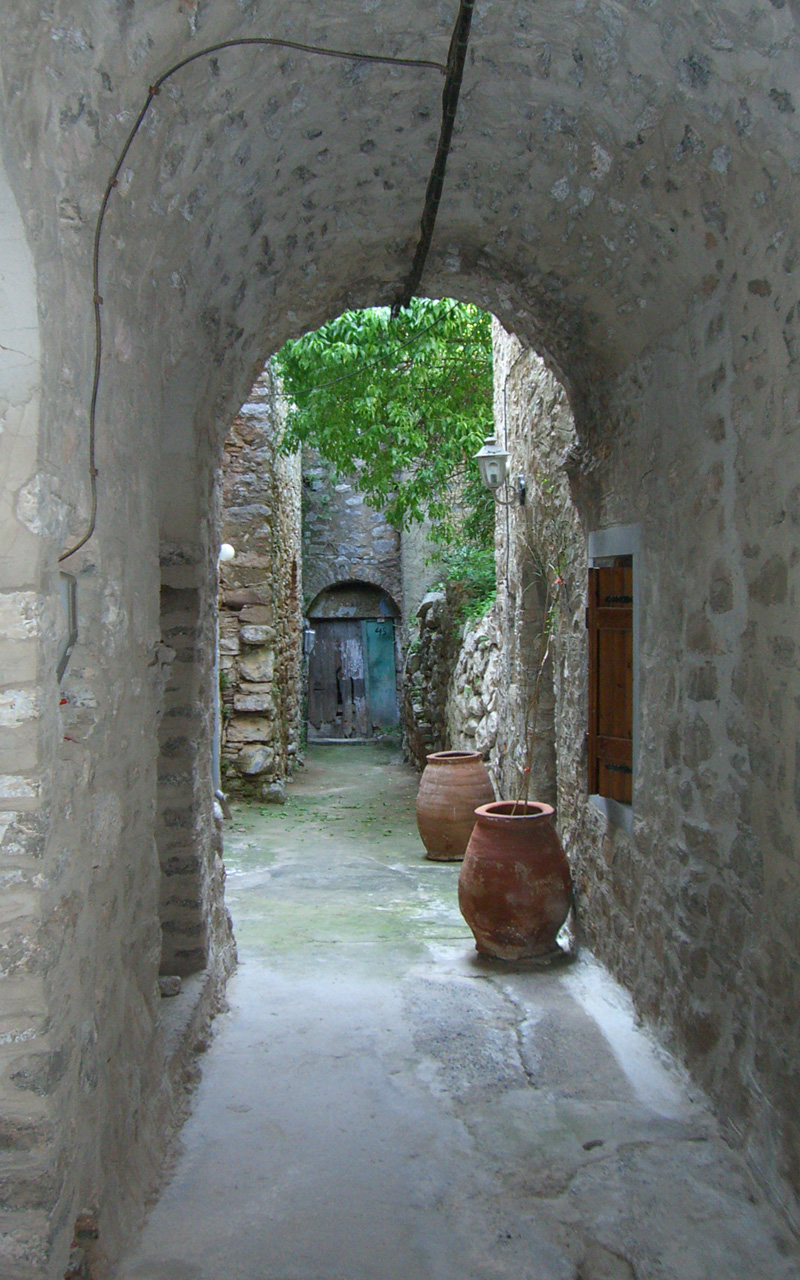