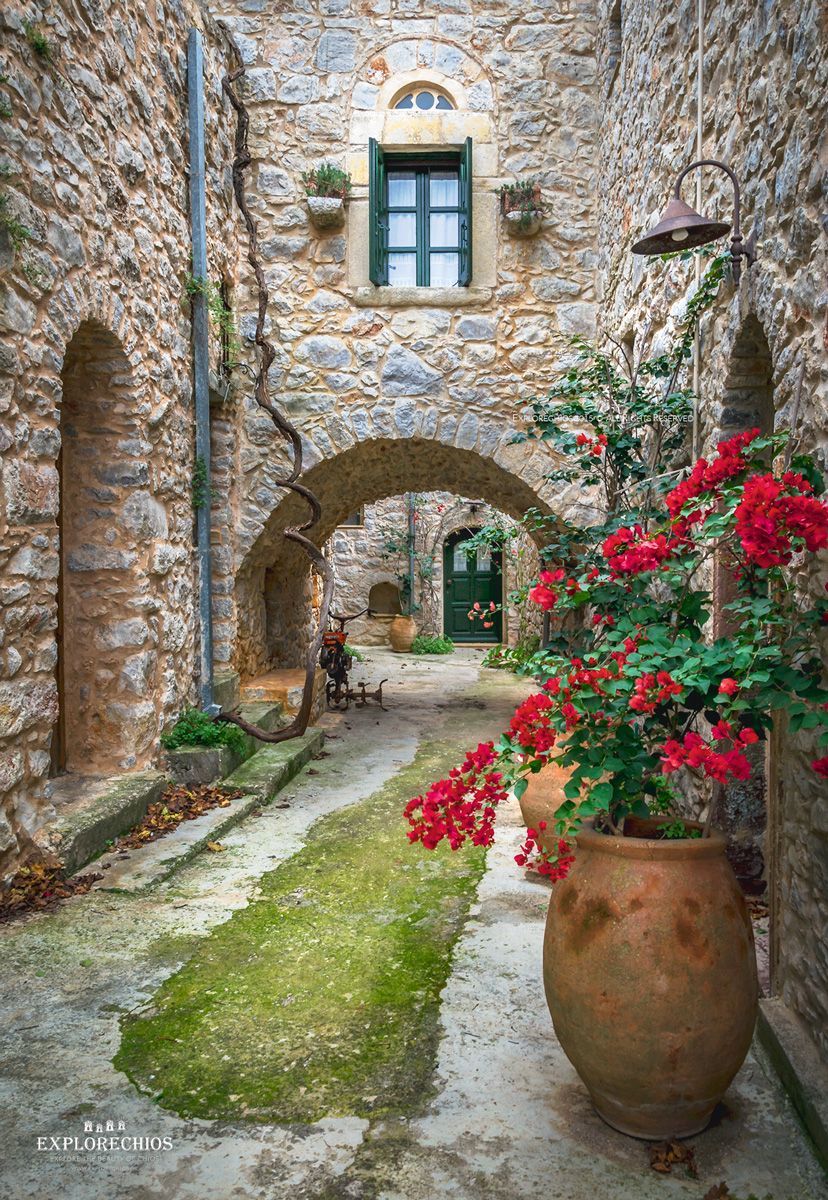 Vessa is a medieval village that lies in the center of a big agricultural plain. The village's main gate is preserved in a very good condition. The area has well laid -out streets and high narrow buildings that look like towers.

Although the fortified surrounding wall has not been well preserved, the whole village stone houses remain in a very good condition but many of them are abandoned and empty.

There are many big and wealthy houses in the area that were built by prosperous emigrants.

Among the village churches are Panagia, Agioos Dimitrios and Panagia Petrousena, which is considered to be the most ancient church of Chios, according to the locals.