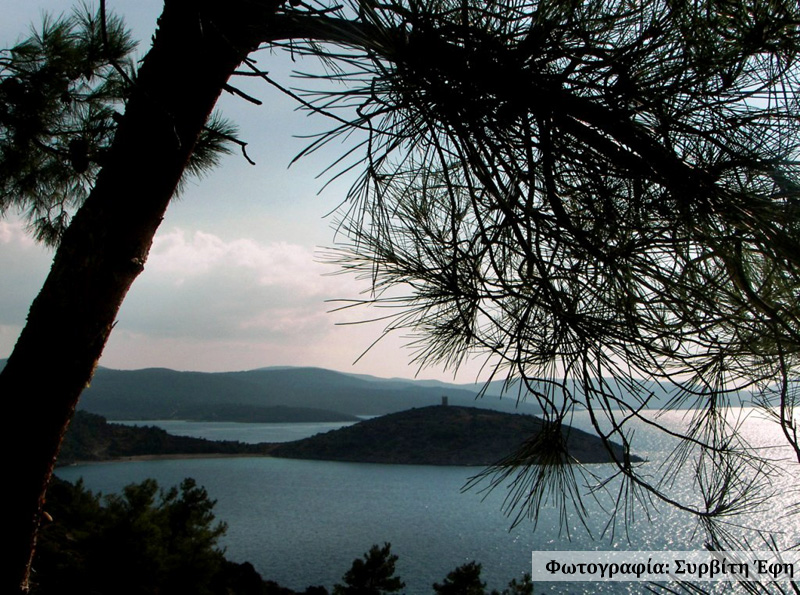 The Chios watchtowers are medieval cylindrical towers built on the island’s capes and shores for the purpose of monitoring the sea in order to timely notify the residents in the event of an enemy attack.

At short distances and in full view of one another, they constituted a coastal observation and message transmission network.

They were part of Chios’ defence fortification built by the Genoese (possibly used as a base of a former observation network). The Chios watchtowers continued to operate until the mid 18th century at least when the pirate problem began to settle.

Thirty watchtowers have been located on the island in total, twenty-four of which have been designated as listed monuments. Recently, the Pachi watchtower at Sidirounta beach, the Mesta watchtower and the Trachili watchtower close to Lithi village have been restored. 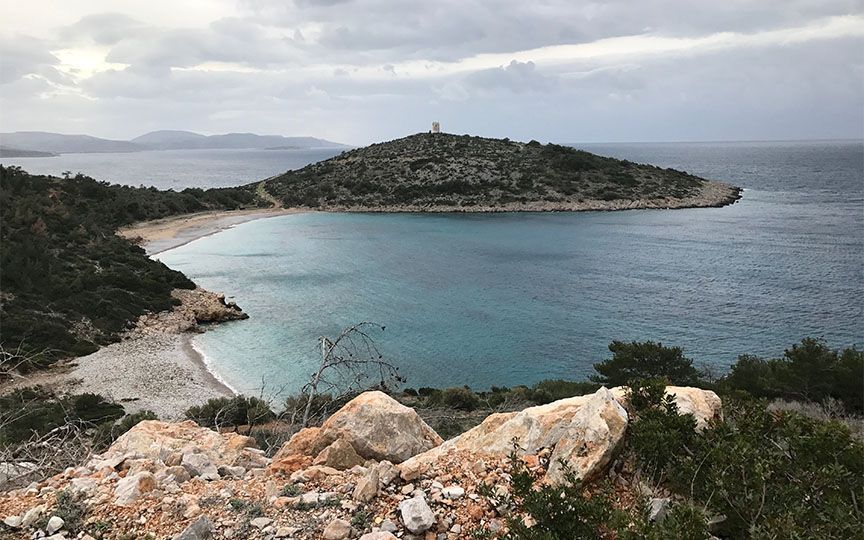 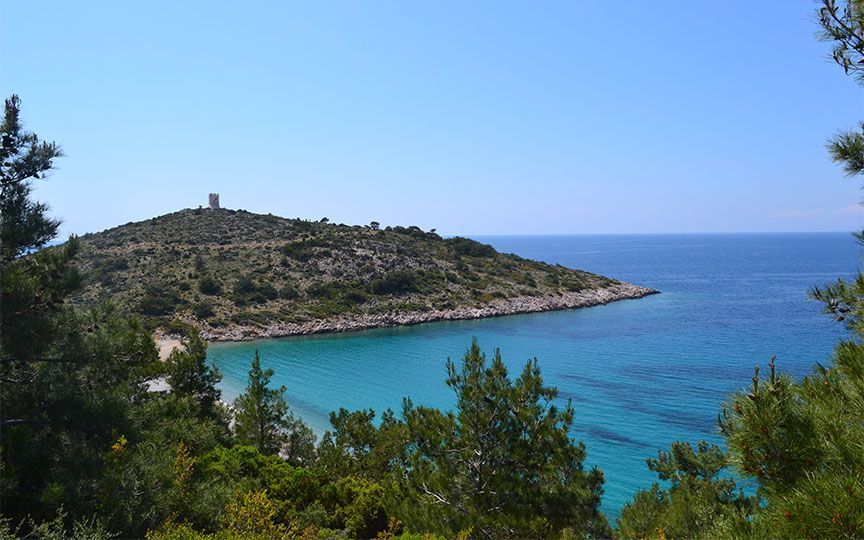 This was one of the methods used to encounter piracy throughout the Mediterranean as a whole and not only for the islands of the Aegean. Similar networks exist on the islands of Rhodes and Malta, which was constructed by the Knights Hospitaller. They also built coastal observation towers on the islands of Kos, Chalki, Tilos, Nisiros, Kalymnos, Leros and Symi. It is worth noticing that watchtower networks are encountered in Cyprus, Corsic, Balearic Islands and the Spanish Costa del Sol.

Foreign travellers, who visited Chios and wrote about their travels, give us accounts about how the watchtowers operated. Jean de Thevenot (1656) wrote: “In order to protect the trees and villages they built towers around the island at a distance of 3 to 4 miles from one another. Each neighbouring village would send two of their men to guard them and when they saw boats, ships or galleys they would notify and withdraw or fight.” According to information by George Sandys (1610), “they would use smoke signals to notify during the day and would light fires (friktories) during the night.” Ieronymos Ioustiniani (1586) wrote, "…as soon as a ship was seen, the island was notified within two hours with smoke signals…”

The purpose of the messages was to notify of an upcoming invasion and the number of ships so that army forces could be sent to fend off the invader and for the villagers to protect themselves within the fortified villages, especially in the area of the Mastichochoria. The message had to reach the Castle of Chios Town.

The standard design of the Chios watchtowers

A standard Chios watchtower had a cylindrical body with a round, cone-shaped base (scarpa). It was inclined so that the ammunition would bounce off it, but also to support the foundation, for stability reasons. 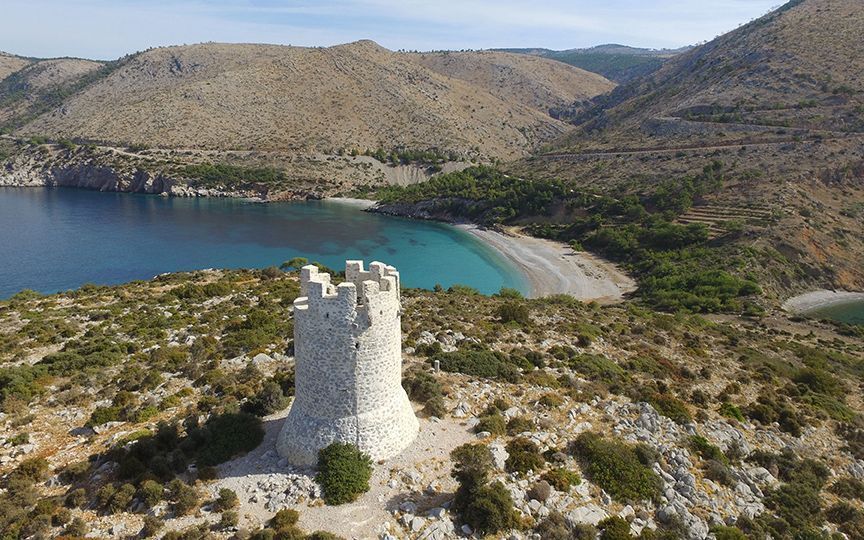 The interior of the cylindrical watchtower was filled with soil and rough stones. The walls were built with local stones joined together with strong lime mortar and plinth rubble (kourasani) divided into horizontal levels and distinctive continuous construction joints..

ΤThe total height reached approximately 12m and had a mean diameter of 7.5m in the body region. At a level of approximately 8m from ground level, a room was created for the watcher and this was covered by a low dome. An opening in the dome permitted the communication between the interior area and the watchtower roof top, where the battlements were. Access to the watcher's quarters was gained by climbing up a retractable ladder or rope-ladder so that invaders could not gain access.

The door, which was never on the side of the sea, was secured from the inside with a large piece of sturdy wood. In most cases there were machicolations above it (defence construction via which hot liquids would be passed to drive away invaders). Machicolations were also positioned in areas around the watchtower. Small trapezoidal windows would open in the watcher's quarters and end up in narrow openings, whereas in certain cases additional loop holes would be opened.

The watchtowers had defence mechanisms, possibly light arms as well, so that the watcher was able to protect him from invaders, even though the invaders' main interest was the ravaging of productive areas.